It is very difficult for me to write this post, as it is a cause very dear to my heart. 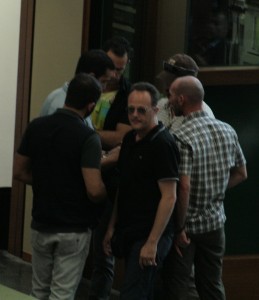 This case begins with a fine of 106 euro, which was given by the Traffic Police to Saverio Masi on 19 January 2008. Masi received the fine when he was rushing to get to an informant, who had requested an urgent meeting.

Masi was using a private car while on duty, and this was what caused the problems. Even though it is very common for those working to catch mafiosi to use private cars, because the Mafia knows very well which service cars the police and carabinieri use.

More on the Saverio Masi case (in Danish)

Gå direkte til en side